The proposed improvements to State Road 426/County Road 419 begin at Pine Avenue and extend east to Avenue B for 1.4 miles.  The proposed improvements include widening the existing two-lane roadway to a four-lane divided urban roadway.  It will consist of two travel lanes in each direction separated by a 22-foot-wide raised grassed median, bike lanes, and sidewalks on both sides.

Improvements to Lake Jessup Avenue and Oviedo Boulevard will also be included in this project.

Improvements to storm water ponds for drainage and flood control are included in this project, as well. 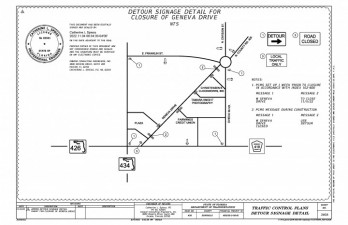 Please submit the form below to send a comment or ask a question about this project.